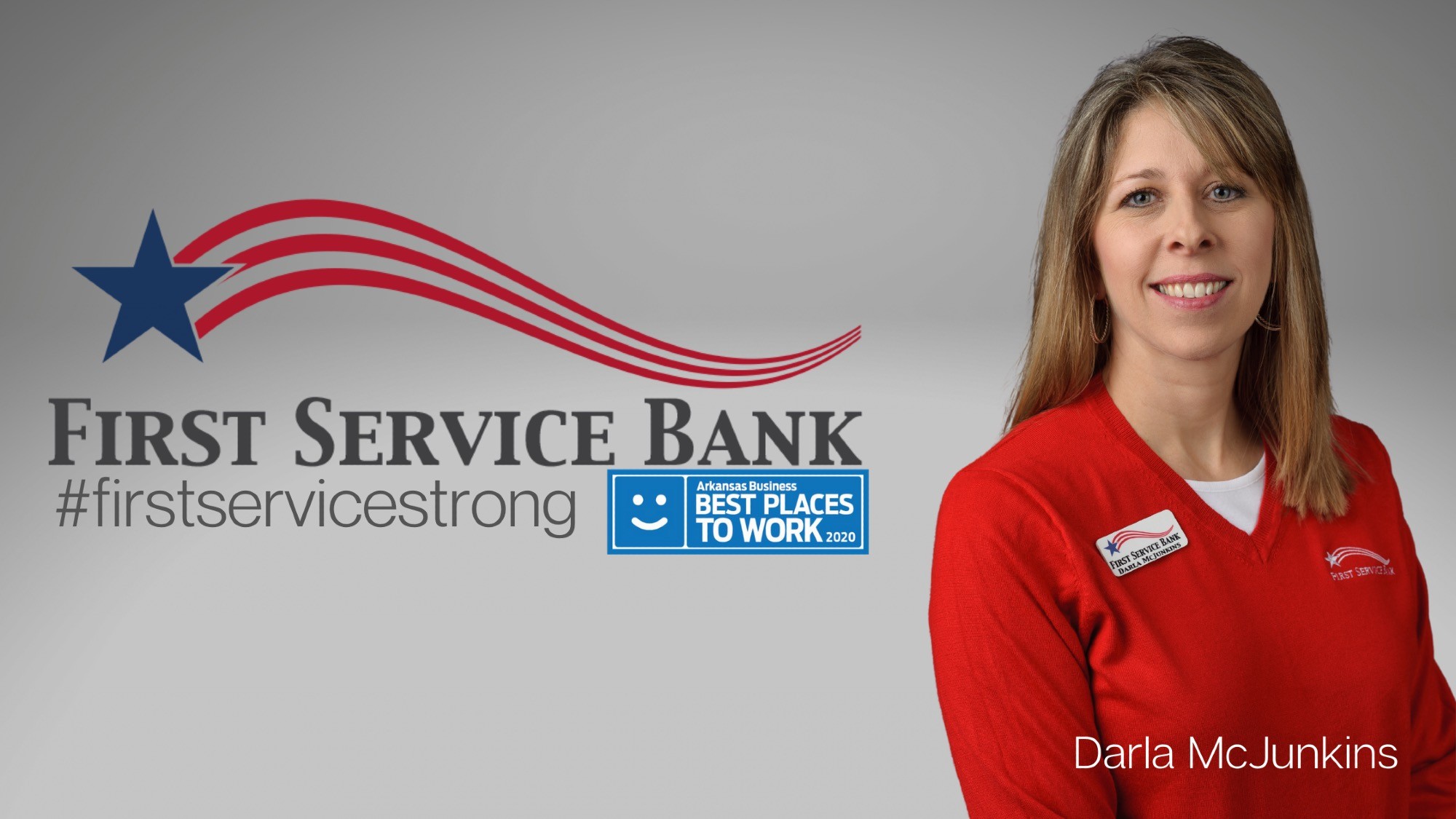 First Service Bank market president and loan officer Darla McJunkins says that she has seen the bank grow quite a bit since she started in 1998, but she says that the bank has managed to retain its small-town values, where the golden rule is good for people and good for business.  Now she is able to see people whose mortgage applications she processed years ago when she was first starting in banking, come to her for car loans and first homes for their kids.

She says that the bank employees are deeply integrated within the community, so when she sees her customers in line at the supermarket or in town, she is happy to answer their questions if she can.  She says that she welcomes opportunities to make banking friendly and approachable, without anything intimidating about it.

Darla says that the branch in Clinton is known as the place for schools and community groups to turn to for help.  For example, sponsoring  Archey Fest with its fishing derby and car show and sponsoring the Shop with a Cop program.  The bank has helped the community with tornado and disaster relief programs in the past and even supplied generators to some customers.

The bank and its employees have been involved with the town’s economic development committees,  with community organizations,  the hospital,  Arch Ford co-op, and UACCM.  Darla herself has co-organized the Clinton Down Syndrome walk and she has served on the board and the scholarship committee for 4-H.  She has also served as the President of the Van Buren County Special School and served for ten years on the Clinton school board.

Darla says that she is proud of the fact that the bank’s decisions are made by people who are part of the community, not by corporate directors out of state. This lets the bank play a key role in local assemblies, festivals, and events, where employees work at concession stands, and help fundraise, or work with local organizations.

Darla says that the bank hires good people and instills its values in them through training, but says that it is usually already something the people in the community understand well since they were raised with the sense of service, growth, and approachability.

Tags: Community Strong
Back to News