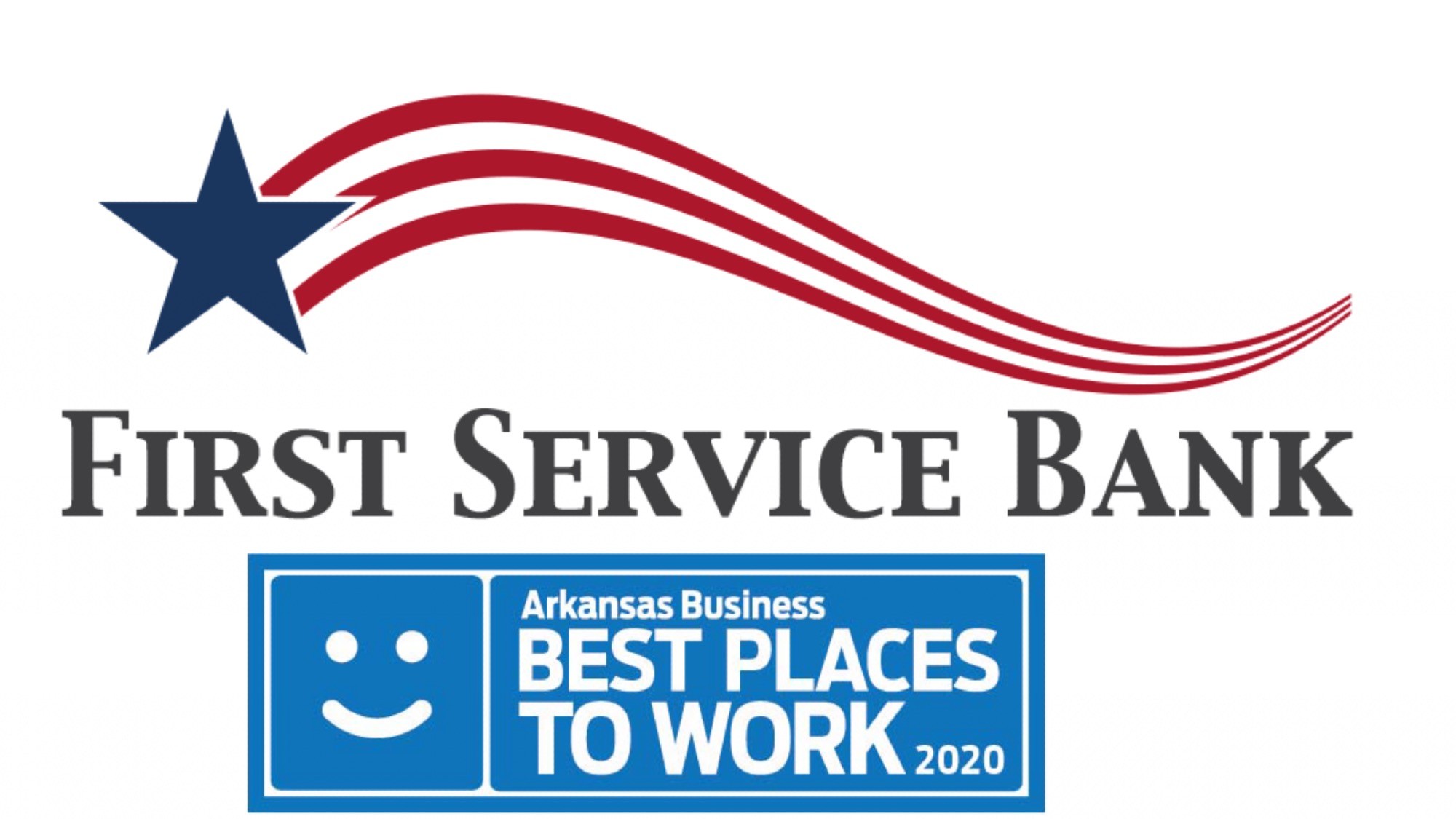 Greenbrier, Ark, (September 1, 2020) – First Service Bank was recently named one of the Best Places to Work in Arkansas in the eighth annual program run by Arkansas Business and Best Companies Group.

This survey and awards program was designed to identify, recognize, and honor the best employers in Arkansas, benefiting the state’s economy, workforce and businesses. The list is made up of 47 companies.  First Service Bank has been named one of this year’s Best Places to Work in Arkansas.

“This award is a great honor for First Service as it acknowledges that we have had success building a business around the core values of investing in associates, communities, and customers, making them First Service Strong!” said Tom Grumbles, CEO and President.

To be considered for participation, companies had to fulfill the following eligibility requirements:

- Be a for-profit or not-for-profit business or government entity;

- Be a publicly or privately held business;

- Have a facility in Arkansas;

- Have at least 15 employees in Arkansas;

- Be in business a minimum of 1 year.