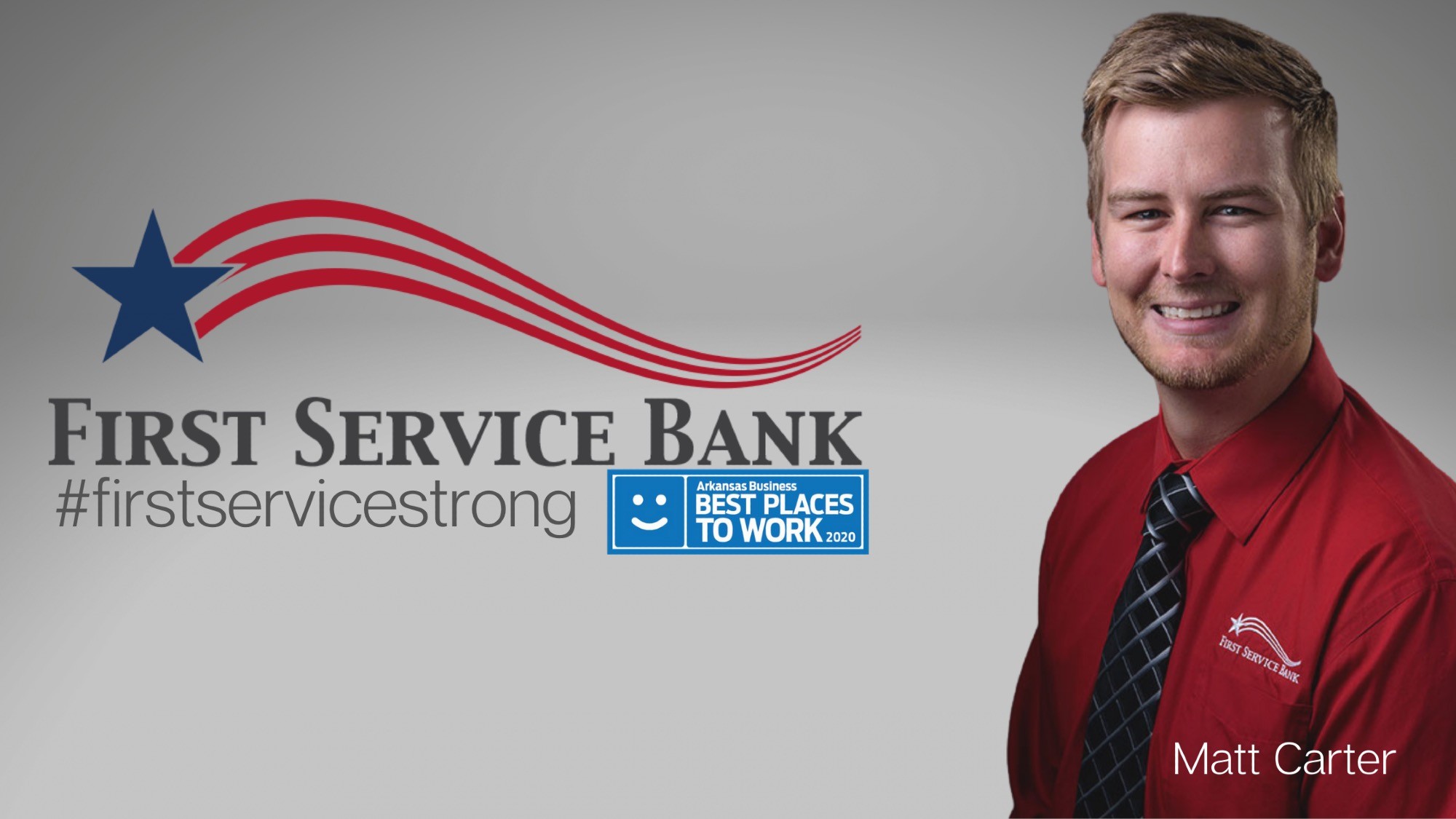 Matt Carter, vice president and senior loan officer at First Service Bank’s Greenbrier branch, has been working with the Greenbrier community since July of 2017.  Greenbrier is his home, and his whole family lives here, so he already had a strong tie to the community, and he says that he has been able to offer his financial expertise to a wide range of people throughout the community.

Matt says that the bank actively serves the schools, sponsoring the Judges Cup and a new indoor sports practice facility, in addition to sending employees to the schools to read Dr. Seuss to students.  At Greenbrier Elementary schools, they work with students on financial literacy, and students earn Panther Bucks, which they can exchange for treats of school supplies, with fifth graders acting as tellers for their accounts.

The bank is also active with the community through the Chamber of Commerce.  As one of three community partners, the bank sends representatives to be part of any event the Chamber sponsors, ranging from ribbon cutting ceremonies to open houses at businesses.  But it is not just one or two bank employees who show up—typically eight to ten employees will be on hand.

Matt describes “a culture of going the extra mile” at the bank and in the community, and he did not have any difficulty finding examples.  When a neighboring town suffered tornado damage, Matt says that First Service Bank provided emergency generators to help the community.  When Matt’s own property suffered tree damage after a storm, bank employees showed up with offers of help.

Matt says that he returns the favor to the community by serving on the board of Conway Elite, a chapter of Business Networking International, and by coordinating the bank’s sponsorship of a new playground in Greenbrier, in addition to its regular sponsorship for Brierfest.  Matt says that it is not uncommon for him to answer loan questions over grilling hamburgers for festivals and events, but that’s just part of being a leader in a small town where everyone has each other’s back, and everyone is always willing to chip in.

Tags: Community Strong
Back to News